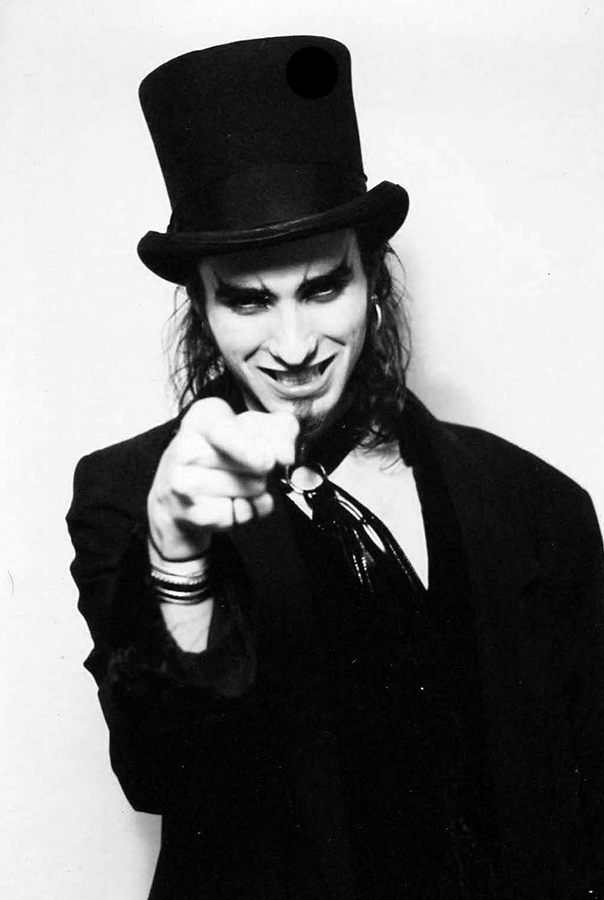 What is your name/stage name?
Blixx
How did you get involved in SEDUCTION and why and when?
Rayvnn and I, along with Mr. Max and Bruce Chambers, began Seduction after a stint of slapping asses, to little avail, in smaller venues across Florida. We entered Club 5 one night to catch the end of a Seduction show, and, well, maybe it was the night, maybe it was the music, maybe it was the seepage of flammable chemicals into my brain, but something magical happened! A bright glimmer of hope, wrapped in electrical tape and chained to a cross...
What was your role in SEDUCTION?
I was the Blixx, fire wrangler, administrator of beatings, writer and organizer of skits, and pioneer of pyro-gynecological therapy (a tailblazer, perhaps?).
What is your most memorable moment/or thing about SEDUCTION?
Probably nothing I could mention here! Ahem. Although our struggles with the local authorities did, erm... leave a mark, so to speak.
What was the most shocking moment at SEDUCTION for you?
You have to get up early in the morning to shock me. Now that you mention it, one time Max got up really early in the morning (like 11am or something) after some red-letter night of performance, and called to wake us...
What was your favorite theme night?
Probably the Manga night.
Who was your favorite guest performer?
I enjoyed the Johnny Smoker side show stuff, among other things.
What have you been doing since SEDUCTION?
I spent some time as degenerate reprobate, much as I had previously been. Eventually I meandered my way over to Europe and found myself a place in Serbia. I've been living here for nearly seven years, teaching and traveling. However, I do still occasionally break out some fire tricks, and asses in my vicinity do sometimes find themselves subject to a good slapping.
How did SEDUCTION change your life (if at all)?
I suppose it brought me more keenly in line with the entertainer within, in addition to establishing a permanent bond between myself and all of the lovely people I had the pleasure of working with.
Anything else you would like to add/share about your SEDUCTION experience?
The experience is unforgettable. I hope to make it back for one of the reunions someday...