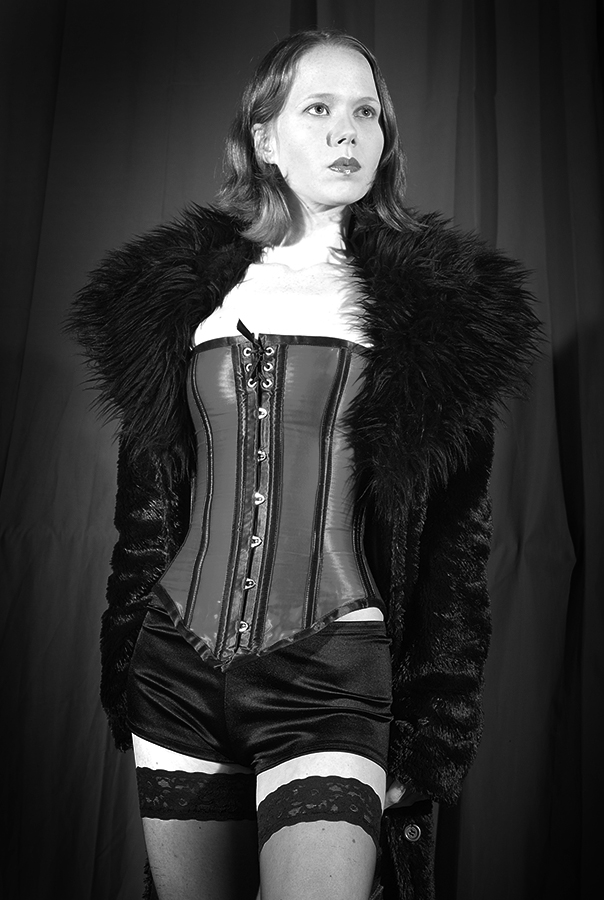 What is your name/stage name?
Miss Petite Creme Brulee
How did you get involved in SEDUCTION and why and when?
I became acquainted w/the crew when NeNe and I were an item. After we split, I was spending a lot of time with Rayvnn. I asked her one day when she was going to kick my ass onstage? She was like, "YOU WANNA BE IN A SHOW?" I said, ‚"Hell YES" The rest was history. This was after SEDUCTION was no longer a weekly affair, so my debut was for the Black & Blue Ball in 2003, & I continued to play a role in all the shows that followed.
What was your role in SEDUCTION?
This depended on the night. Originally, I was more of a behind the scenes worker. Once I started performing, I was typically a sub, though I occasionally picked up a whip, too. Once we expanded into doing Fascination Friday, I played more of a role in show development, while I still primarily played the sub part, I started doming more often, too.
What is your most memorable moment/or thing about SEDUCTION?
Opening for Skinny Puppy. What an honor! Aside from that, some of my most fun/funniest memories would be from the Fascination Friday days in particular, the night Timmy Razorblades got tackled to the ground out of nowhere by little Evan. I still laugh myself into oblivion when I remember that.
What was the most shocking moment at SEDUCTION for you?
I would have to say Passion 8, during which we wore bikinis made out of surgical masks for one skit, & at the end Mr. Razorblades snipped mine off with some scissors. J-Ville got more than they bargained for that night LOL!
What was your favorite theme night?
Anything that involved food was my favourite. I enjoy being a human buffet!
Who was your favorite guest performer?
Duh! DJ RIB;-) I also always enjoyed our female impressionists.
What have you been doing since SEDUCTION?
I have been playing the role of domestic goddess. Romell and I have had many beautiful children who collectively have wrecked my hot little fetish show body. However, I have never been happier. I'm on a completely different track... less exciting, but doubly fulfilling.
How did SEDUCTION change your life (if at all)?
I think it gave me an outlet to express myself w/out inhibitions which ultimately brought me out of my shell, in general. I also formed some strong, life-lasting friendships during it. I will always cherish those wonderful times (and the people).
Anything else you would like to add/share about your SEDUCTION experience?
I think I can safely say that my years in the troupe were the most exciting of my life. I'll always be grateful for the experiences and the memories.