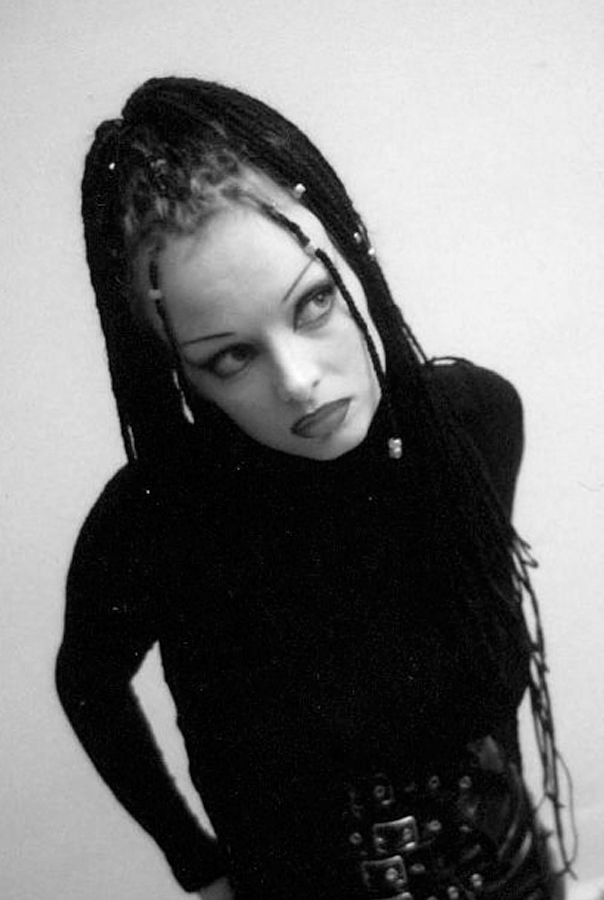 How did you get involved in SEDUCTION and why and when?

I got involved in Seduction initially as a temporary gig. Blixx and I were living in Gainesville at the time; we came up to visit one weekend and were asked to prepare a show for the next weekend. Our first show was simple and just consisted mainly of Blixx and I on stage together. The crowd loved what we did and to be truthful the fact that we were so scantily clad doing it. The sexually charged nature of the show forced a need for expansion. Bruce asked us to come to his office and, much like the frikkin godfather, made us an offer we could not refuse. In the following weeks, months, and years much more was added. More people, more props, a boat wench, a trapdoor, thankfully more security (thank you Big Cliff and Trish (RIP), more costuming, more promotion and really anything you can think of we might have incorporated into the shows. I think I even tried to get a horse to ride in on once but something about animals and violation of code blah blah blah.

What was your role in SEDUCTION?
I performed in the shows and placed people in roles within the shows! For lack of a better term I was the main Female dom (or at least as far as I was concerned I was and that, in the end, is all that matters).
What is your most memorable moment/or thing about SEDUCTION?
The most memorable night that I had a t seduction was the year that we advertized and celebrated my birthday as an event. I was absolutely amazed at the turnout. People I did not know and some who I had not even seen before were buying me drinks and well wishing Shit, I even got presents from absolute strangers. Someone (Sorry I forget who but if you are reading this thank you) brought in a really good bottle of Champagne. The night got fuzzier and fuzzier as it went on. I vaguely remember being carried through the crowd by shirtless men drinking champagne out the bottle while Miss Anne made people lick my boots. I know that she kept count as to how many people did it and I remember being surprised at the number but cant for the life of me remember how many people. I want to say it was well over 200 and it was late in the evening. I also got to sit in a throne while the shows were being performed for me. This was amazing and I wish I could do it again. Every day!
What was the most shocking moment at SEDUCTION for you?
I think that the most shocking moment for me in seduction was when the stage caught on fire and people were trapped underneath in the trapdoor area. This all happened and was resolved very quickly but I remember being petrified that the situation was going to worsen. Within a minute or two the fire was out. This freaked me out more than anything though I could go on and on about several relatively shocking events that happened but these did not involve life threading circumstances. There were arrests, fights, drunken evenings not well remembered but all of that was in a days work.
What was your favorite theme night?
Hands down Manga Night. I was so used to getting dressed up and doing the shows it was nice to see so many people in the crowd take such an interest and be so creative with their appearance. Each of the cast members also came up with their own costume as well and everyone went above and beyond.
Who was your favorite guest performer?
Johnny Smoker! Damn that fool was so much fun! His stage show was great and he got drunk with us and taught me how to lie on a bed of nails! How often does that happen? Aside from the inebriation and passing on of bizarre knowledge he was also a great person, wonderful to talk to and funny as hell.
What have you been doing since SEDUCTION?
Since seduction I have moved a lot. I spent some time in Virginia, and a few years in Tampa. I went to cosmetology school but have decided that this is not what I want to do for any length of time. I am now back in Virginia and back in school. I have my associate of the arts degree in psychology (the crazy bitch major) and have a few months left until I complete my bachelors. After that I will continue on to get my masters and hope to become a clinical sex therapist or the sole ruler of the world( though my qualifications for the latter have already been met). Seduction in its own way has given me some background in this area. I guess you can't have too many hang ups when you have done it all in public.
How did SEDUCTION change your life (if at all)?
People who do know me know that I am a private person for the most part. I think that Seduction forced me out of my shell a bit and taught me a greater acceptance for other people. This sounds like bullshit but in fact it is true. Working closely with other people gave me a more clear understanding of my own boundaries and a unique perspective on the boundaries of others. We had a diverse crowd both coming to see the shows and working within the cast and I think that this (though I did not realize it at the time) opened me up to being more confident and, in truth, less judgmental.
Anything else you would like to add/share about your SEDUCTION experience?
I absolutely fucking loved the people that were brave enough to get up on stage and let me and Blixx abuse them week after week and for nothing but the thrill of it. How lovely they all were as people. I miss so many of them terribly and miss the night as a whole. We had (as fucked as this may sound) become a bit of a family. We would work our asses off on Saturday to put on the shows and then would commit unspeakable acts of debauchery for the rest of the evening and meet the next afternoon for lunch. I miss these times more than imaginable but all good things must come to an end.
I would also like to say that I miss Bruce Chambers. I still think of him often and wish that he was around. He was many things to many people but he treated me with kindness and respect. He was like a surrogate father to me and always (even after Seduction dissolved at Club 5) looked out for me. You are missed sir and I would do the tea cups all over again!